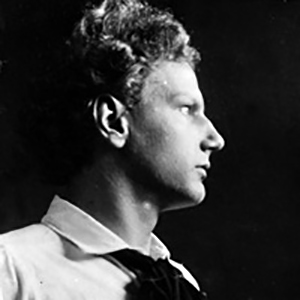 William Joseph "Dard" Hunter (1883–1966) began his career in June of 1904, when he applied for a summer position with Elbert Hubbard and the Roycrofters. He was denied employment but insisted he could do the job and he simply showed up at the artist's colony and was hired. Within a few months, he was designing stained glass for windows in the Roycroft Inn and title pages for Hubbard's press.

In 1908, Dard married Roycroft pianist Edith Cornell. At the time, he was so enamored with the work of Josef Hoffman and the Wiener Werkstatte that they spent their honeymoon in Vienna. For the next few years, Hunter incorporated the geometric patterns and highly stylized figures into his work with the Roycrofters.

Hunter's designs for books, leather, glass and metal helped unify the Roycroft product line and distinguish it from that of other American Arts & Crafts enterprises. Hunter also experimented with pottery, jewelry, and furniture. Eager to set out on his own, Hunter returned to Vienna in 1910. After taking courses in lithography, book decoration, and letter design at the K. K. Graphische Lehrund Versuchsanstalt (Royal-Imperial Graphic Teaching and Experimental Institute), he then moved to London. There he was successful in finding work with the Norfolk Studios designing books and advertising literature.

In 1919, the Hunter family returned to Chillicothe Ohio and purchased a house that was constructed to meet the needs of the German winemakers, Hunter used this house for his letterpress printing studio which he named Mountain House Press.

For the next 46 years, Hunter authored 20 books on the subject of papermaking (eight of which were printed by hand). These works were the result of his travels to remote regions of the world in search of information on the craft. 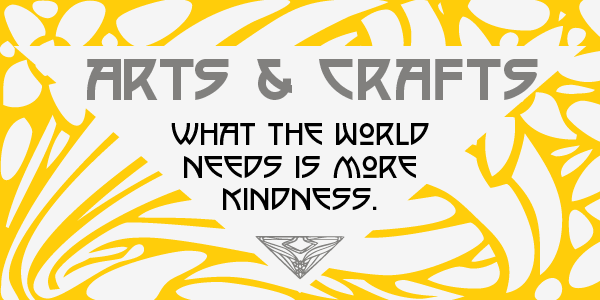 Arts and Crafts Family
Family of 9 fonts from P22